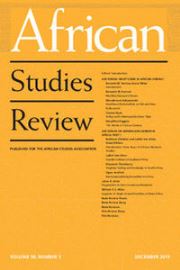 ASR FORUM ON WOMEN AND GENDER IN AFRICA: PART 1

ASR FORUM ON WOMEN AND GENDER IN AFRICA: PART 1