from Part III - The internationalization of EMNCs: different drivers? 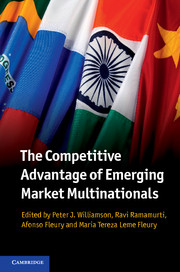