from VI - THE FORGING OF A NATION: THE NINETEENTH CENTURY 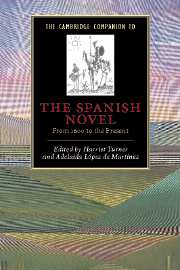 from Part 2 - The nineteenth century