Beyond Segments: Prosody in SLA 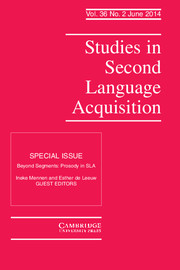