Passions and the Emotions 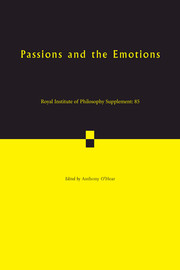