The present study was conducted to assess the current status of iodine-deficiency disorders (IDD) in the National Capital Region of Delhi (NCR Delhi) and evaluate the implementation and impact of the National Iodine Deficiency Disorders Control Programme (NIDDCP).

School-going children (n 1230) in the age group of 6–12 years were enrolled from thirty primary schools in the Municipal Corporation of Delhi. Thirty schools were selected using the probability-proportional-to-size cluster sampling methodology. In each identified school forty-one children were surveyed. Urine and salt samples were collected and studied for iodine concentration. A total of sixty salt samples from retail level were also collected.

Significant progress has been achieved towards elimination of IDD from NCR Delhi. There is a need for further strengthening of the system to monitor the quality of iodized salt provided to the beneficiaries under the universal salt iodization programme and so eliminate IDD from NCR Delhi.

Malnutrition remains a major risk limiting the development potential and active learning capacity of India’s children. Every second newborn in India is at risk of reduced learning capacity due to iodine deficiency. Thus the elimination of iodine deficiency is an important social and developmental goal which could have a far-reaching impact on economic growth. The best and most cost-effective way to achieve this aim as far as India is concerned is to use iodized salt.

Iodine deficiency causes a spectrum of diseases called iodine-deficiency disorders (IDD)(Reference Hetzel3), which include goitre, cretinism, spontaneous abortion, still birth, birth defects, defects of speech and hearing, squint and psychomotor defects. Indeed, IDD is the only cause of preventable mental handicap worldwide. In man, 90 % of the capacity of an adult brain is acquired in the last six months of gestation and the first three years of life(Reference Delong and Stanbury4). During this period iodine deficiency leads to impaired synthesis of thyroid hormones by the mother and fetus, which can induce irreversible brain damage of the fetus and young infant. A meta-analysis of studies carried out in twenty different countries found that the IQ (Intelligence Quotient) score of children living in an iodine-deficient environment is nearly 13 points less than that of children living in iodine-sufficient environments(Reference Bleichrodt and Born5). Severe iodine deficiency leads to high number of individuals referred to as endemic cretins(Reference Glinoer6).

Iodine deficiency is one of the most important micronutrient deficiencies globally. About 1·5 billion people worldwide live at risk of IDD, of whom more than 655 million people are already affected by IDD. In India, about 150 million people are exposed to the risk of IDD, whereas more than 71 million people are suffering from goitre and other IDD(Reference de Benoist, McLean and Andersson7, 8). Universal salt iodization (USI) is the principal public health measure for eliminating IDD, since it covers all classes of living. In the National Capital Region of Delhi (NCR Delhi) several studies on IDD have been conducted since 1982(Reference Pandav, Kochupillai and Karmarkar9).

A study carried out in 1997 among schoolchildren of Delhi showed that IDD continued to be prevalent in mildly endemic proportions. The total goitre prevalence rate was 19·7 %, while 23·6 % of children had urinary iodine excretion (UIE) below 100 μg/l and 7·6 % had no iodine in their urine(Reference Pandav, Mallik and Anand10).

The findings of a study conducted in the year 2002 in NCR Delhi indicated that the population was in a transition phase from iodine-deficient (as revealed by total goitre prevalence of 6·2 %) to iodine-sufficient nutriture(Reference Kapil, Sethi and Goindi11).

In light of the above mentioned situation, the present study was conducted with the following objectives:

The study was undertaken in the year 2007 in NCR Delhi. In Delhi, the school enrolment of children in primary classes was more than 90 % and hence the school approach was adopted.

The EPI-30 cluster sampling methodology as recommended by the Joint WHO/UNICEF/ICCIDD consultation was followed(Reference Lemeshow, Hosmer and Klar12). As per the recommendation of WHO/UNICEF/ICCIDD, schoolchildren in the age group 6–12 years of both sexes were selected(Reference Dunn, Crutchfield and Gutekunst1). A sample size of 1230 children was taken from thirty primary schools in the Municipal Corporation of Delhi. Thirty schools (clusters) were selected using the probability-proportional-to-size cluster sampling methodology(Reference Lemeshow, Hosmer and Klar12). In each identified school forty-one children in the age group of 6–12 years were surveyed. Children were briefed about the objectives of the study during the morning assembly. The consent of the principal of each school was obtained through Delhi State Bharat Scouts and Guides. Consent from students who were enrolled for the study was also obtained. All children included in the study were provided with auto-seal polythene pouches and plastic bottles with screw caps with an identification slip for collecting urine samples.

The children were requested to bring four teaspoons of salt (about 20 g) from their home in the pouch. The iodine content of the salt samples was analysed using the standard iodometric titration method(Reference Tyabji, Karmarkar and Pandav13). An internal quality control sample having a known concentration range of iodine content was run with every batch of test samples. If the results of the internal quality control sample were within the range, the test was deemed in control and if the results were outside the range, the whole batch was repeated.

The children were requested to provide a casual urine sample in the screw-capped plastic bottle during school time. The samples were transferred to vials and stored in a refrigerator until analysis. The UIE levels were analysed using the simple microplate method(Reference Ohashi, Yamaki and Pandav14). An internal quality control sample having a known concentration range of iodine content was run with every batch of test samples. If the results of the internal quality control sample were within the range, the test was deemed in control and if the results were outside the range, the whole batch was repeated. 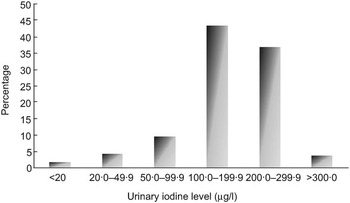 A total of 1230 salt samples were analysed. The proportion of households consuming adequately iodized salt (salt with iodine levels of at least 15 ppm at consumption level) was 88·8 % (Fig. 2). 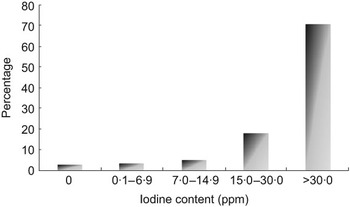 A total of sixty salt samples across different salt types (crystal, powdered and refined) were collected from the thirty clusters. Of these, four (6·7 %) samples had less than 7 ppm iodine. Another three (5·0 %) samples had iodine content between 7 and 14·9 ppm. In the remaining fifty-three (88·3 %) samples, iodine content was 15 ppm or more (Fig. 3). 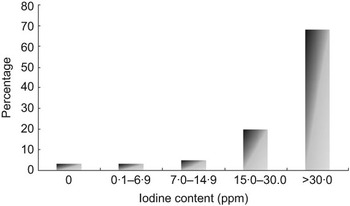 Iodine deficiency has been recognized as a public health problem in India and regular consumption of iodized salt was demonstrated as an effective strategy for goitre prevention and control(Reference Sooch, Deo and Karmarkar15).

Salt is consumed at approximately the same level every day throughout the year by the population. The average intake of salt per person per day in India is approximately 10 g. With the addition of 15 mg of iodine to 1 kg of salt (15 ppm), a person would receive 150 μg of iodine daily. This is dependent on the efficiency of the mixing procedure and the stability of iodine in salt during transportation and storage. Thus, a micronutrient like iodine can be introduced through salt at a uniform dosage every day(Reference Mannar and Dunn16).

The criteria for monitoring progress towards elimination of IDD as a public health problem are based on UIE patterns and iodine levels in salt. Based on the standard recommendations, the proportion of people having UIE below 100 μg/l and below 50 μg/l should be <50 % and <20 %, respectively, and the proportion of households consuming adequately iodized salt should be >90 %(2).

Based on the above criteria in the present study we found the following: median UIE in the children studied in the age group 6–12 years was 198·4 μg/l, with 6·3 % of the population having UIE < 50 μg/l. These results are quite encouraging, as they show a reduction of approximately 7·7 % in the proportion of children having UIE < 100 μg/l from 1997 to 2007. Adequate iodine intake was present in 88·8 % of the households. Compared with other studies, this also indicates an improvement in IDD status in children. However, further efforts should be made to increase the proportion of households consuming adequately iodized salt to >90 %. Similar results were observed by Bhat et al., suggesting the transition from deficient iodine nutriture to sufficient levels in six districts of Jammu(Reference Bhat, Pandit and Mudassar17).

In our study, a ‘child to community’ approach was used by involving the children to create more awareness and demand for iodized salt. Testing the iodine content of salt through a school-based approach proved very effective in terms of monitoring the progress in availability and consumption patterns in the state. The results obtained from school data on the availability of the salt were concurrent with the fact and findings of an external evaluation carried out in December 2005(18). Similar observations have been reported by Vir et al.(Reference Vir, Dwivedi and Singh19).

Hence we propose that, with improved reach and coverage of iodized salt and sustained efforts to increase awareness, IDD can be virtually eliminated. This can be achieved in the following ways:

There is a need for further strengthening the system of monitoring the quality of iodized salt provided to beneficiaries under the USI programme, to eliminate IDD from NCR Delhi. Our results at retail level revealed that 88·3 % of the salt was adequately iodized at varying levels (ppm). Recommendations and suggestions to improve this situation include the following.

Source of funding: Indian Council of Medical Research, New Delhi, India. Conflict of interest declaration: The authors declare that they have no conflict regarding this paper and have had no involvements that might raise the question of bias in the work reported or in the conclusions, implications and opinions stated. Authorship responsibilities: All of the authors listed on this paper meet the criteria set down by the International Committee of Medical Journal Editors. All authors were involved in the setup of the study, in the study itself and writing of the paper. No one who might consider that he or she has a right to be an author has been excluded. Acknowledgements: We thank the Indian Council of Medical Research for providing the financial assistance and Bharat Scouts and Guides for their support, cooperation and providing technical assistance in carrying out the research work. 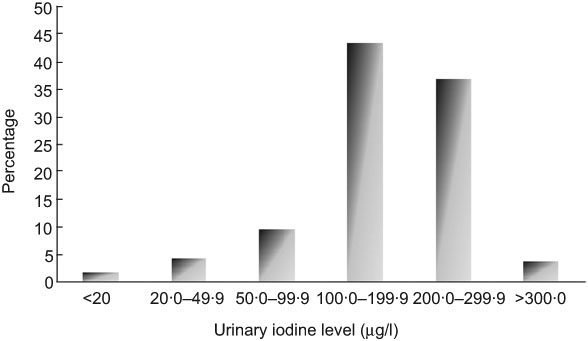 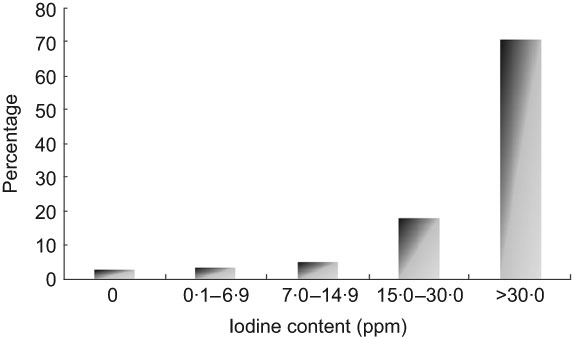 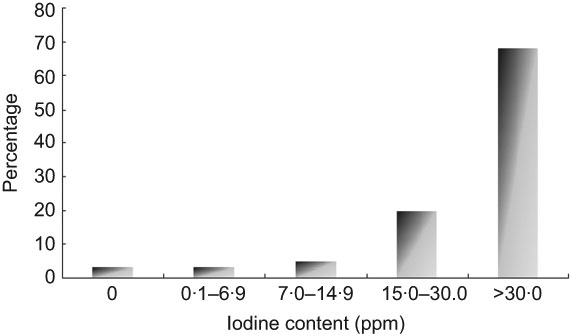