Systematics as a cornerstone of parasitology 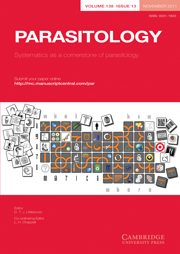