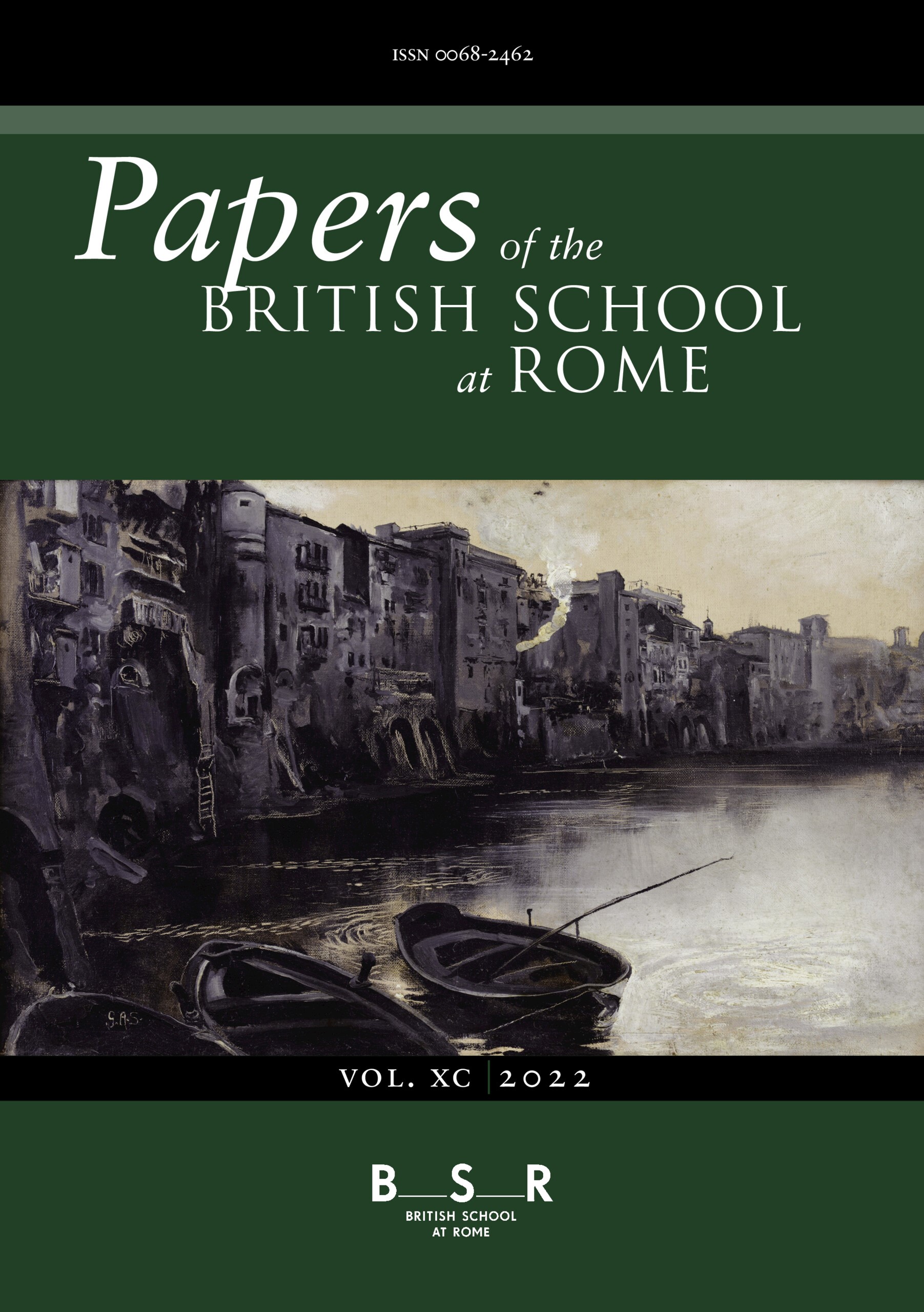 2 Ikäheimo, Janne observed ‘The Hayes 23B shallow casserole is, in fact, one of three forms, in addition to the Hayes 196 lid and the Hayes 197 deep casserole, present virtually on every archaeological site where African cookware has been found’ (Late Roman African Cookware of the Palatine East Excavations, Rome. A Holistic Approach (British Archaeological Reports, International Series 1143) (Oxford, 2003), 34)Google Scholar. For a list of quantified deposits from Rome, see pp. 118–19. The study also contains a comprehensive bibliography.

5 For this solution see the cover of Ikäheimo, Late Roman African Cookware of the Palatine East Excavations (above, n. 2).

6 Swan, V.G., ‘The Twentieth Legion and the history of the Antonine Wall reconsidered’, Proceedings of the Society of Antiquaries of Scotland 129 (1999), 399–480Google Scholar. I am grateful to Philip Perkins for drawing this important publication to my attention.

7 Young, L.C. and Stone, T., ‘The thermal properties of textured ceramics: an experimental study’, Journal of Field Archaeology 17 (1990), 195–203Google Scholar, have shown that this is not true, but it is hardly impossible that the potters believed it to be.

8 Hayes, J., Late Roman Pottery (London, 1972)Google Scholar. Bonifay has kindly drawn to my attention the fact that the forms Hayes 184, the equivalent of Hayes 197 in Byzacena, are often slipped on the exterior but do seem to have been used on the fire. The use of slipped forms directly over the fire thus cannot be excluded.

10 It should be noted that at Ostia the diameter of form 196 is generally smaller than that recorded by Hayes, fitting better with form 197 (Victoria Leitch, pers. comm.). This goes with the generally reduced proportion of the Hayes 23B forms recorded there by the same scholar: apparently 196/197 generally were used on their own at Ostia; clearly cooking practices on different sites will vary.

11 This also argues against the use of 23B as a clibanus (Arthur, P., ‘Pots and boundaries. On cultural and economic areas between late antiquity and the early Middle Ages’, in Bonifay, M. and Treglia, J.-C., Late Roman Coarse Wares, Cooking Wares and Amphorae in the Mediterranean (Oxford, 2007), 15–27, at p. 18Google Scholar). These vessels were used in cooking by inverting them over the food and covering them with burning charcoal, which would have left its traces on the base. The form is also fairly unsuitable for this use, in that the convex base, when inverted, would have led to the coals slipping, and the flange is hardly large enough to prevent them from falling off the edge. Bonifay has drawn my attention to occasional traces of burning on sherds of Hayes 23B found in Leptis Magna and Marseilles: again, the use of the form may have changed outside the African context.

13 Ikäheimo, Late Roman African Cookware of the Palatine East Excavations (above, n. 2), 512. Note that the internal slip would not have a useful function in the use of the pot as a clibanus, reversed over the cooking surface.

15 Apicius 4.2.1;Cato, De Agricultura 81: I am grateful to Andrew Wilson for drawing the latter source to my attention. Wilson remarks that the potter)' vessel was clearly expendable, and was broken at the end of the process.

17 Dorian Fuller, pers. comm. Before fast-cooking processed varieties appeared, oatmeal was always cooked in a double boiler in the United States (although not in Scotland): cooking time ranged between one and three hours. Galen has a number of references to soups of grains, particularly those of groats and barley: they are specified as food for the poor. He remarks that ‘In ancient times groats were prepared for soldiers, but nowadays the Roman army does not use them because they are recognized as being weak since they furnish little nourishment to the body’: Galen, On the Powers of Foods 1.6.520; Grant, M. (trans.), Galen on Food and Diet (London, 2000), 89Google Scholar.

18 Arthur, ‘Pots and boundaries’ (above, n. 11), 18, argued that although casseroles, intended for the cooking of semi-liquid food, are characteristic of the Mediterranean in general, they are more common north of the Mediterranean and less suitable for north Africa, because liquid foods increase sweating. This is, of course, not impossible, but is an odd observation in the context of today's cultures, where couscous, with its very liquid sauce, and tajines (called, like casseroles, metonymically after the name of their container) are staple foods. In any case, the use of the lid would make the dish as functional for cooking liquid dishes as the northern European closed forms. For the British African pottery and casseroles cooked over braziers, see Cool, H.E.M., Eating and Drinking in Roman Britain (Cambridge, 2006), 40Google Scholar, who, however, suggested that actually they were used as serving dishes for communal dining, which seems implausible, given the huge numbers of large fine-ware platters that certainly served that purpose. For the use of the bain-marie in medieval cooking, see Alexandre-Bidon, D., Une archéologie du gout. Céramīque et consommation (Moyen Âge–temps modernes) (Paris, 2005), 228Google Scholar.

22 For the start date of c. 150 AD for 196 and 197, see Fulford, M., ‘The coarse and painted wares’, in Fulford, M. and Peacock, D., Excavations at Carthage: the British Mission 1, 2. The Avenue du President Habib Bourguiba, Salammbo. The Pottery and Other Ceramic Objects from the Site (Sheffield, 1985), 181Google Scholar, and Tortorella, ‘Ceramica africana’ (above, n. 4). Form 23B disappears slightly earlier than 196 and 197; its place may have been taken by coarse-ware forms.