Soul Catchers – A Material History of the Mind Sciences 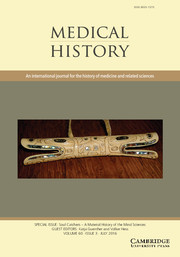