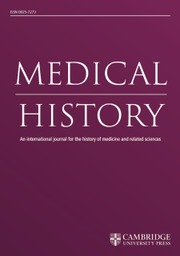 This collection of essays examines aspects of alchemy and midwifery ‘where new ideas could be tried out, old ideas given new twists, and women could participate’ (p. 3). The range of topics is very wide and provides alternative reading of familiar and unfamiliar texts. To some extent, the essays in this volume continue the enterprises begun in the 1980s to widen the canonical meaning of scientific revolution to include gender and women on the one hand, and alternative scientific enterprises, particularly natural magic and alchemy, on the other. These two different but related themes result in a rich but somewhat incoherent collection.

The first two essays, by Elliott Simon and Alain Ekorong, discuss the relationship between astral magic, alchemy and the Kabbalah. Ekorong’s conclusion that the work of the sixteenth-century French Renaissance thinker Guillaume Postel is an example of ‘triumphant esotericism’ can be applied equally to these essays. Both attempt to explain the kabbalistic principle of ‘shechinah’ (Ekorong) or ‘shekhinah’ (Simon). The shechinah is a kind feminine principle in which the divine dwells, and the adept can use it to achieve knowledge and union with God. Simon argues that most of the figures we associate with the natural magic tradition, including Ficino, Pico and John Dee, united astral magic with Kabbalah in their search for human perfectibility and union with the divine and that they particularly emphasised the faculty of imagination in this quest. Ekorong demonstrates that in order to understand Postel’s discourse, commentators must be familiar with the Kabbalistic tradition. There is some redundancy in these essays, and their connection with gender discourse is somewhat tangential, but they present an interpretation of magical and alchemical theories that expand the understanding of some very complex works.

Alchemy is also the focus of Kathleen Long’s very interesting essay on gendered bodies in the works of Michael Maier, who authored an influential alchemical text, Atalanta fugiens (1617), which was illustrated by Matthäus Merian. Long disputes William Newman’s and Lawrence Principe’s concentration on the actual practice of ‘chymistry’ and instead argues for its continued symbolic significance. She insists that alchemy made a space for difference in its use of hermaphroditical images, particularly the bi-gendered depiction of the ‘rebis’ or two-sexed human. The strangeness engendered by such illustrations abolished borders between binaries like male/female and human/animal and allowed thinkers like Montaigne to envision a political unity where the monstrous other (human or religious) is possible. The connection between Montaigne and alchemy is odd, considering that the French sceptic lived decades before Maier published. Equally problematic is Long’s claim that if the alchemical tradition had been taken more seriously through time, it might have allowed for a more tolerant view of homosexuality and disabilities, and the rejection of ‘eugenics, forced sterilization, institutionalization, selective abortion, and aesthetic surgery’ (p. 86).

The discussion of alchemy as it is presented in Atalanta fugiens continues in an essay by Sean Teuton in which he tracts the striking similarities of images in the alchemical text with those in the America series, published by Theodor de Bry, the father-in-law of the illustrator of the former text. His reading of the monstrous and hermaphroditical qualities of pictures in both texts supports his conclusion that there was a mutual influence between alchemy and ethnography, around the common theme of alterity and difference, expressed especially in depictions of gender confusion. The main problem in this essay is that the argument is founded in part on Jungian analysis and does not demonstrate a deep knowledge of the history or historiography of alchem. Teuton would have done better to consult the other essays in this volume that discuss the role of women in alchemy, a pursuit that allowed them a place to experiment and heal outside of the increasingly male-dominated science and medicine of the sixteenth and seventeenth centuries. Meredith Ray gives a cogent analysis of Caterina Sforza’s participation in alchemy and its appeal to female readers. Penny Bauer analyses several manuscripts to determine the extent of female authorship and the resistance it evoked among male practitioners. Jayne Asher’s discussion of the alchemical receipt book of Sarah Wigges does a nice job in showing how women were central in the production and consumption of alchemical texts, which aimed at tangible products that would preserve health. Dorothea Heitsch identifies how Montaigne’s protégé Marie de Gourney integrates alchemical images into her writings.

The other essays in this collection are somewhat peripheral to the foregoing emphasis on alchemy. Simone Pinet discusses the role of the monstrous and the hermaphroditical in Spanish chivalric texts, making an interesting connection between the liminal status of the knightly class in an absolutising Spain and the alternating status of monsters as positive and negative in romance. Bridgette Sheridan and Kirk Read discuss the increasing exclusion of women midwives from the birthing chamber through the experience of Louise Bourgeois and her male contemporaries and relatives. Although these essays do little to extend a familiar story about physicians and surgeons usurping the traditional role of midwives, they are interesting and informative, particularly in the way surgeons used professionalisation to establish their status and business.