Human Brain Connectivity in the Modern Era: Relevance to Understanding Health and Disease 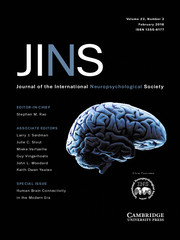