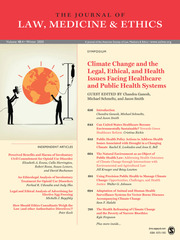 Columns: Public Health and the Law