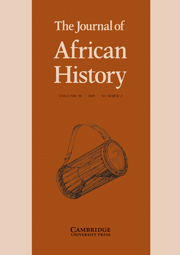 Governance and Inheritance in Precolonial Uganda