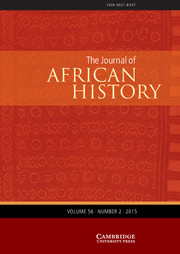 Crafting Political Identities in the Era of Decolonization