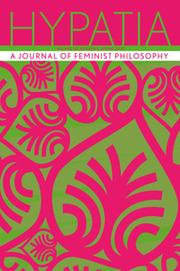 Cluster on Foreigners in Philosophy