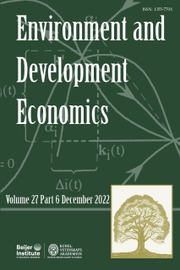 The use of trade measures for environmental purposes has given rise to a series of economic and legal issues. These are explored in the paper through an examination of the United States embargo on imports of shrimp from several countries for environmental reasons, currently being considered by a WTO dispute settlement panel. The paper examines the effect on competitiveness of compliance with the higher standard imposed by the US, the appropriateness of universalizing those standards, and whether the US action is consistent with WTO rules. The major findings are that, in the case of Trinidad, (a) the competitiveness of the affected fishermen was reduced, (b) the US regulation was inappropriate to the conditions which prevailed in the shrimp industry there, and (c) the US action was WTO inconsistent given current interpretation of WTO rules. The paper anticipates that the current case could lead to a review of WTO rules, in favour of the environment.