Honoring the Contributions and Legacy of Thomas Dishion 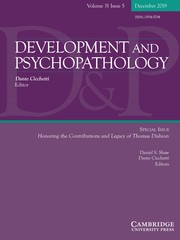