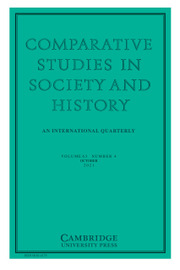 War and Labor during and after Slavery

On Archival Lacunae and Genealogical Gaps