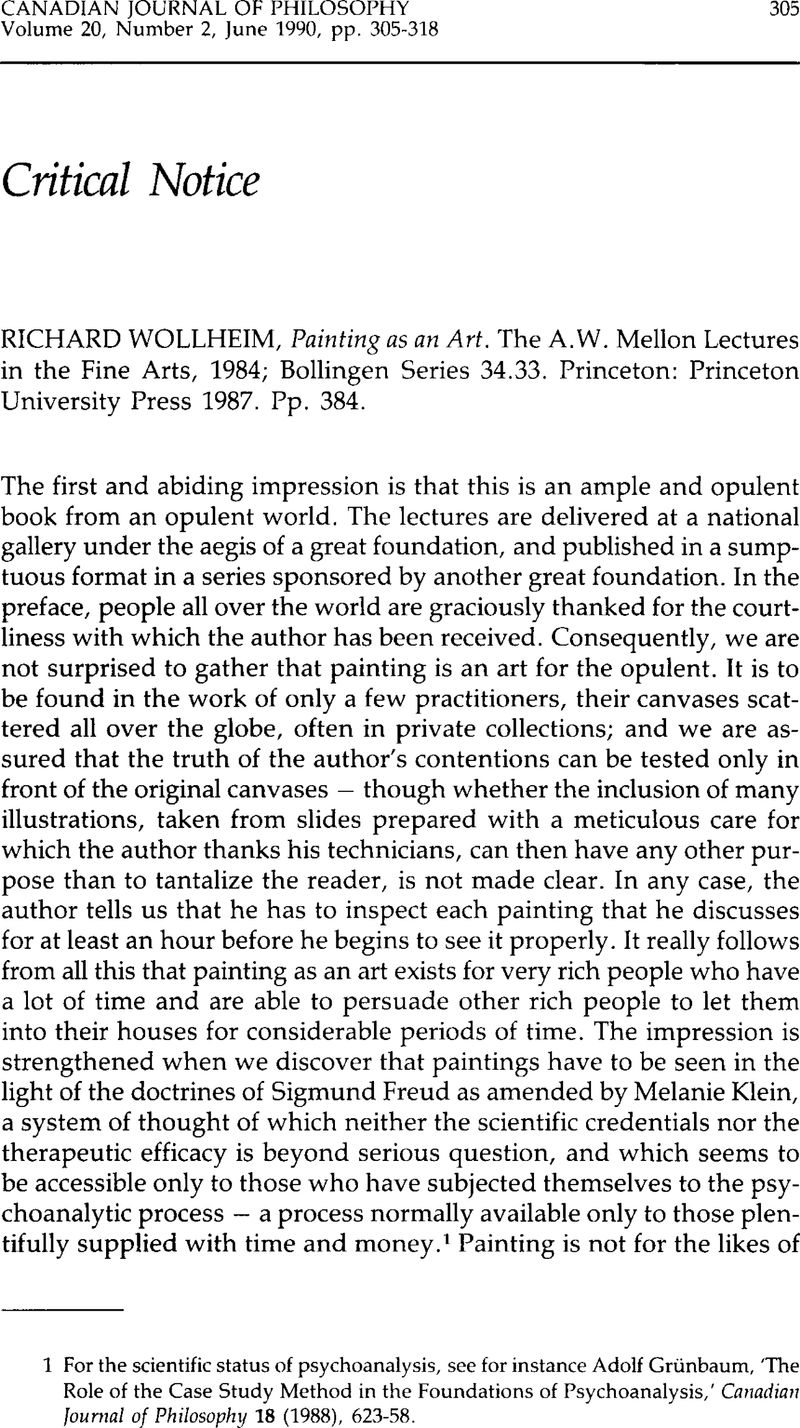 1 For the scientific status of psychoanalysis, see for instance Grünbaum, Adolf, ‘The Role of the Case Study Method in the Foundations of Psychoanalysis,’ Canadian Journal of Philosophy 18 (1988), 623-58.CrossRefGoogle Scholar

3 Bell, Clive, Art (London: Chatto and Windus 1914)Google Scholar. Bell does not suggest, as Wollheim seems to, that the appreciation of art requires any large expenditures.

7 Wollheim concedes that his interpretations in this passage are speculative. They are indeed remarkable. He argues that Manet ‘used the undifferentiated ground .. .in order to wrap around the central figure the kind of indefinite space into which an internal spectator could vanish to good effect,’ a purpose also served (as we have seen) by the ‘cluttered’ grounds of such pictures as Mademoiselle V. This equivalence between cluttered and undifferentiated ground also holds within nocturnal dreams. Manet is thus ‘mobilizing our memories of what nightly goes on in our heads’ (not in my head, I protest; but then, as we have seen, I am incapacitated in this regard). Wollheim then asks why Manet is ‘concerned’ that we should make this connection between painting and dream. But I cannot see what grounds Wollheim has for supposing that the possibility of any such connection ever entered Manet's head. (Incidentally, should it not be possible for an empirical psychologist to devise an experiment to test this aspect of Freudian theory? If Wollheim is right, there should be observable differences between the ways blank-background paintings are interpreted by breast-fed people and by bottle-fed people.)