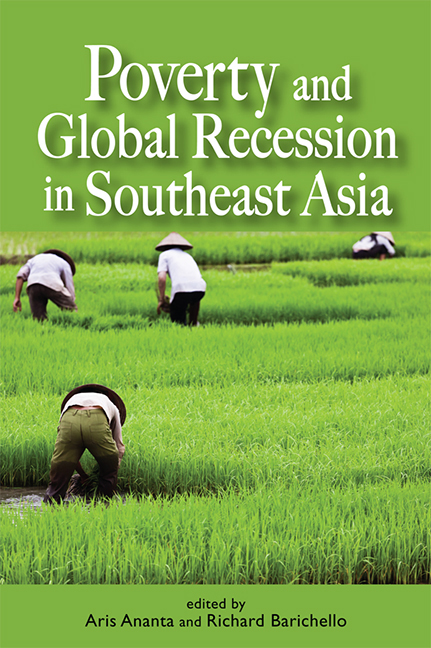 from Part III - Economics and Politics of Food

The resurgence of Thailand's rice crisis in this decade has been a threat of national and international food security — it has been estimated that to date 854 million people in the world are suffering from hunger, and the recent crisis probably propels 100 million more people into drastic starvation and malnourishment. A number of factors account for the rice price uproar. These include US$100-a-barrel oil prices, globalization, export restrictions imposed by the rice-exporting countries like Thailand, Vietnam, and Cambodia, aggressive speculation in commodity futures markets, and rapidly growing demand for food in large developing countries, especially China and India, on top of global warming and climate change that cut back agricultural production around the globe (Trostle 2008). It has been widely argued that the high energy prices were the most significant culprit of the crisis (Kingsbury 2007). The vital impacts of the energy prices on the commodity markets are confirmed by Mitchell (1987) and Sarris (1990) whose simulations predict that the oil price shocks contribute about 50 per cent to the commodity price variations. However, the roles of energy price shocks in Thailand's rice markets remain unexplored in the literature.

A number of mechanisms account for the energy-rice price relationship, such as surges in costs of rice production, spiraling risk appetites among investors and speculators, and demand substitution of rice for other grains. “But no factor gets more consistent credit for food price turmoil than the international bio-fuels stampede” (Cocoran 2008). In the context of Thailand's rice production, the biofuel subsidy programmes put upward pressure on rice prices even though there are no such programmes that specifically targeted rice production. The reason is that the programmes essentially provide incentives for agro-fuels production, such as sugar cane, tapioca, and palm oil, thereby wiping out arable land for rice farming.

Analyses of commodity price adjustments and commodity market stability are not new in the literature. Deaton (1992), Leon and Soto (1995), and Sarris (2000) among others examine the dynamic price adjustment structures of many commodities — wheat, rice, and maize. They find rather consistent results that the commodity markets are unlikely to perpetuate the production shocks, but the shocks may take considerable time to vanish. These shed further light on policy implications of agricultural development and food security.