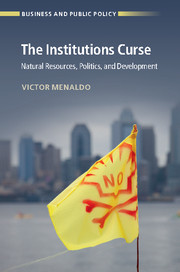 Beginning in December of 2010, a wave of protests rippled across the Middle East. What at first seemed like minor disturbances soon snowballed into dramatic political changes. Some long-lived rulers, including Zine El Abidine Ben Ali of Tunisia and Hosni Mubarak of Egypt, were swiftly forced from power. Others, such as Mohammed VI of Morocco, introduced major reforms. Still others were recalcitrant. Despite Western airstrikes and repeated pleas that he step down, Libya's Muammar Gaddafi was brutally murdered by rebels in the streets of his hometown, Sirte. In Syria, Bashar al-Assad viciously cracked down against protestors, unleashing a civil war that still rages on. It has claimed over 250,000 lives.

The Arab Spring has raised a lot of important questions. Why did Tunisia and Egypt erupt into popular revolutions that toppled long-lived dictators, only to see political instability unleashed in the first case and dictatorship return in the second case? Why did Yemen's largest opposition bloc join tribal groups and protestors to bring down the Saleh regime, rather than accept concessions – instigating a civil war fought along sectarian lines that has become a proxy fight between Iran and Saudi Arabia? Why did gruesome violence convulse Libya and Syria – leading to anarchy in the first case and the takeover of 50 percent of the territory by the so-called Islamic State in the second case? Why did Jordan, Kuwait, Morocco, Qatar, Saudi Arabia, Oman, and the U.A.E. manage to avoid serious unrest, if not grow stronger?

The MENA's recent history affords us the opportunity to interrogate the stories we tell about modernization, development, and democracy. It also calls into question how we view what is often considered in the West as one of the world's most exotic regions. A gaggle of theories have been put forth to make sense of the Arab Spring and situate it historically (see, especially, Goldstone 2011). While some researchers have advanced novel ideas that privilege the role of Islam or the pitfalls of incomplete colonialism, others have settled on a familiar trope. It is oil that explains many of the setbacks and disappointments that have afflicted the MENA since 2011, if not why these countries missed out on previous waves of political liberalization, thus making the Arab Spring possible in the first place (see, for example, Ross 2012; and Robinson 2012).