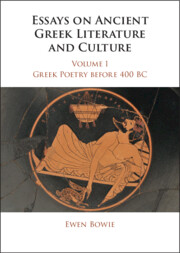 My choice of title, with its ‘1500 days’, may misleadingly have raised hopes of a precision that is of course unattainable for the years from 490 to 485 BC, as Thucydides would have been quick to remind us. It was partly intended to recall the targets and boasts of some modern governments, which have presented their entering upon office as a turning point in their nation’s policies. But that intention was ill-conceived: ancient Greek poleis with anything resembling a democratic system had no ‘government’ in the modern sense of the term, so Athens of the 480s was saved from such dreams. One question, however, that can and should be asked about the immediate aftermath of the battle of Marathon in 490 BC is whether we have evidence that the Athenians felt a that new chapter in their history was opening – in the way, for example, that many British citizens felt was the case in the summer of 1945, and I believe that many Greeks did in 1974. The straight answer, I think, is ‘no!’, but this is partly because we have so little evidence for the politics of Athens in these years. These politics, like the battle of Marathon itself, get a much more cursory treatment from Herodotus and Thucydides than the battles of 480 and 479 and the rapid development of Athens’ μεγάλη ἰδέα, ‘great idea’, a μεγάλη ἰδέα that sailed more or less triumphantly for seventy-five years before foundering in 404 BC. On the basis of what little evidence we have, however, my sense is that in the early 480s the chattering classes of Athens would have seen the battle of Marathon as a less significant landmark than the expulsion of Hippias and some of his friends in 511/510, twenty years before; than the extensive restructuring of the Athenian system of administration by Cleisthenes, perhaps chiefly enacted in 508/7; or than the adventure of aiding Ionians in their attempt to throw off Persian control, initially exhilarating but ultimately disastrous, and the prime cause of Darius’ expedition that sacked Naxos and Eretria and must have seemed to some to have come very near to sacking Athens.