from Part II - American Apocalypse in (and out of) History 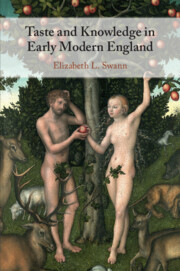 from Part III - The Word and the World