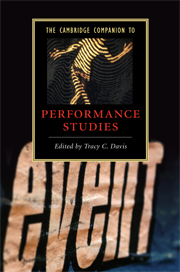 from Part 2 - Performance and context

from Part 2 - Shaw the dramatist