from Part I - Setting the Stage: Concepts and Theories

from Part I - Setting the Stage: Concepts and Theories 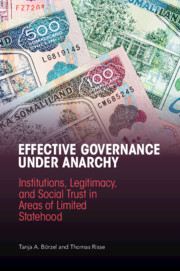