from Part II - Principles and Politics Shaping the Treaty’s Contours 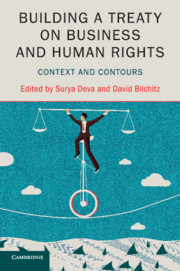 from Part I - Global Governance meets Business and Human Rights

from Part I. Conceptual Developments