from Part I - Contested Constitutionalism and the Election of 1912 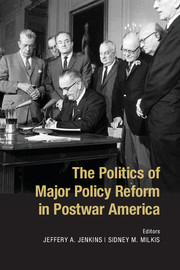