from Part II - Thematic Work of the Security Council 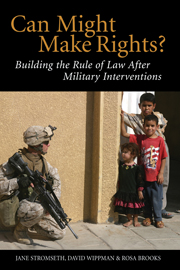