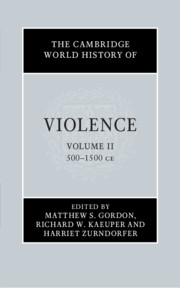 from Part I - An approach to chivalry: was it real and practical?

from Part I - An approach to chivalry: was it real and practical?