from Part II - Representing religious beliefs and diversity in the plays 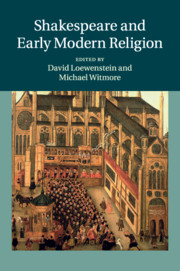