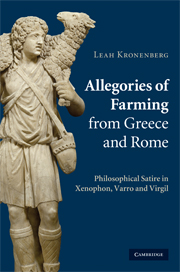 from PART I - XENOPHON'S OECONOMICUS