from Part III - Pathogenesis, clinical disease, host response, and epidemiology: HHV- 6A, 6B, and 7

from Part III - Pathogenesis, clinical disease, host response, and epidemiology: HHV- 6A, 6B, and 7 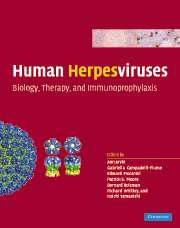