from Part I - Understanding European Consensus 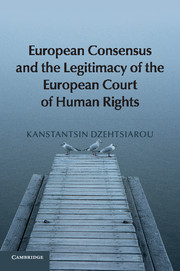