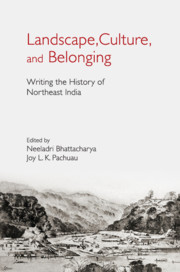 from Part I - Re-Politicizing Water Allocation

from III - Visions of Independence

from II - Mizoram in the New India

from I - Becoming Mizo