from Part IV - Journalists and Journalism 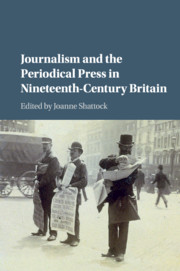 from Part I - Life and afterlife

from Part I - Life and afterlife