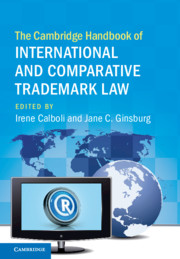 from Part II - Across Jurisdictions

from The Pre-Modern Period

from Part I - Central players: authors, owners, intermediaries and users