from Part III - Relationship with WTO and international law 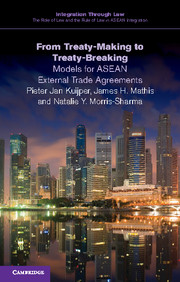