from Part VII - Future Earth and Risk, Safety and Security 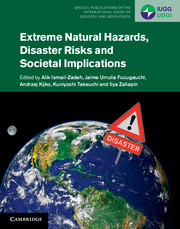