from Gender and Armed Conflict 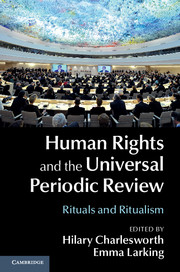 from Part III - Techniques and arenas