from Part I - The Concept of the Embedded Liberalism Compromise

from Part III - Engineering the Embedded Liberalism Compromise: Addressing the Future in Times of Turmoil

from Part I - The Concept of the Embedded Liberalism Compromise 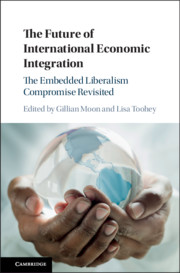