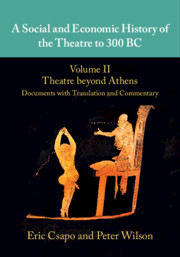 from Part I - Setting the stage (in Athens and beyond)

from Part I - Comedy and genre: self-definition and development

from Part II: - Poets and traditions