from Part I - The Principles of the Friendly Relations Declaration 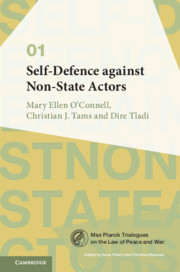 from B - Institutional and Procedural Issues

from C - Modes of Participation, Immunity, Defences, Sentences and Reparations