from Part I - Historical Antecedents and Philosophical Debates

from Part I - Political and Biographical Context 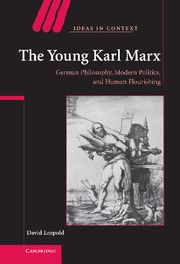