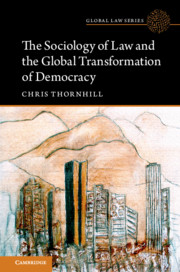 from Part II - Constitutional Sociology between the National and the Transnational