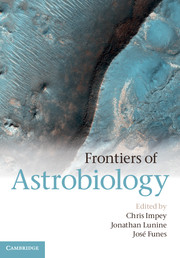 from Part V - Exoplanets and Life in the Galaxy