from Section 3 - Plasticity after injury to the central nervous system 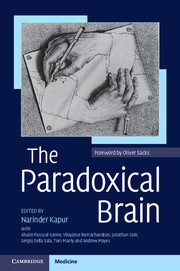