from Part III - The Imagination in German Romanticism 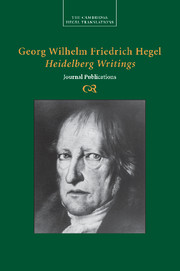