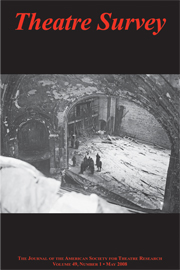 RE: Sources: Edited by Nena Couch