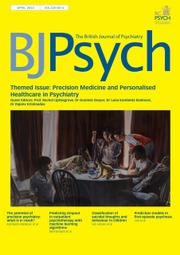 “One of those days” by Jess de Zilva

Greatly inspired by Valentin de Boulogne's version of the `the last supper' I had been plotting a painting for over a year. It was going to be a painting, not of the last supper, but of the early morning after the party. Then the pandemic and the first lockdown hit. I realized I would not be able to execute the idea as I had planned and so ‘the morning after' morphed into this painting I named ‘One of those days'. Not being able to work with models, all the protagonists in this painting are one and the same person. It still deals with how we are with our fellow people, the breakdown of social rules, behaviour otherwise not laid bare and thresholds being lowered, except in this painting it has turned inwards. How do we deal with ourselves when being faced and maybe even stuck with ourselves? The many facets of our personality come out to play; the good, the bad and the ugly. One of those days is one of the many indistinguishable days stuck in four walls with one's self.

Jess de Zilva is a London based painter of psychological allegories.

She takes our confusion and doubt and mirrors them back at us as painted stories. In her oil paintings she combines figures' poses and expressions, backdrops and symbolic objects, creating psychological allegories that always leave space for the viewer to wonder.

De Zilva's style is best described as psychological realism: “I'm interested in what underpins our actions and thoughts, how context influence us. My paintings are psychological so they can be visually dreamlike, but the feelings they express are dead real. I paint in a realist manner to bring some reality and seriousness to a subject that cannot be seen or touched and is difficult to describe.”

The painted figures in her works are portraits of real people yet the stories are not about specific people; Jess hopes there is a piece of everyone reflected in her works.