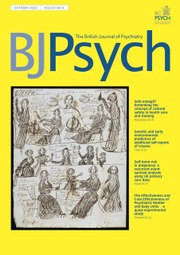 Flora Manson was a patient at the Royal Edinburgh Asylum. She is of particular interest because she left examples of her artwork. Work by female patients is much rarer to find than that by males. Flora was admitted on 4th December 1846, when she was 40 years old. She was described as a native of Kintyre, the wife of the local Lighthouse Keeper, and the mother of one child. She had been ‘subject to Hysteria for about nine years' and also displayed ‘slight mental aberration'. She had attempted suicide by taking laudanum about six years previously. After admission, she wanted to leave the Asylum and claimed that her husband, who brought her in, was insane. After some time in the Asylum, doctors felt that the original diagnosis was wrong, and that she actually suffered from ‘Monomania of Suspicion'. She made ‘many complaints' about her physical health. She also said the food was not good and that Asylum staff intended to poison her. At such times, she was said to speak with ‘animosity and vindictiveness'.

At other times, Flora was more settled and spent her time ‘in knitting or reading, and taking exercise in the airing grounds'. In 1854 she was described as occupying ‘much of her time in writing what she terms novels which seem to consist of events in her own life illustrated after a fashion with pen and ink sketches'. One production was intended as a gift for her daughter. A late case entry noted that she still retained ‘many delusions all about herself'. She died on 15th March 1871 from pleurisy and pericarditis.

This picture has the heading, ‘Morningside, December 1856'. Flora shows herself at a spinning wheel, alongside her fellow patient and friend, Isabella McDonald, who is also spinning. Two men on either side are drinking wine. Below there are more pictures of women with spindles, while the bottom section shows Flora and her companions drinking tea.

I am grateful to Dr Louise Williams, Archivist, Lothian Health Services Archive, Centre for Research Collections, Edinburgh University Library for her help and for giving permission to use this image.